The decision whether to allow or reject your insurance claim rests with the insurance company. However, with a proper how-how, you can not only contest a denial but also get well compensated.

For few of us, insurance can be tricky. And when it comes to claiming it, we fear rejection even before claiming it. However, the Pune-based lawyer made the tables turn when New India Assurance Company rejected her car insurance claim.

On March 7, 2013, on Pune’s Lal Bahadur Shastri Road, Ms. Manasi Joshi’s car was dashed by a tempo that made her lose control on the steering wheel which led to crashing the car in the road divider. Post this, Ms. Joshi had filed a claim for Rs.40,897 with the insurance company towards the cost of damages sustained by her car.

The insurance company rejected her claim on May 5, 2013, contending that the car was being driven by Ms. Joshi’s husband who did not possess a valid driver’s license at the time of the accident. After this repudiation, Ms. Joshi filed a complaint with the Consumer Court requesting the court to direct the insurance company to compensate her the full claim amount with an annual interest of 9% and Rs.10,000 towards mental harassment. She also argued that she was driving the car at the time of the accident and even if it was to assume that her husband was driving it, it had no nexus with the crash which occurred solely due to the act of the tempo’s driver. To establish her case, Ms. Joshi also quoted July 17, 2003, Supreme Court decision which held that an insurance company was not allowed to repudiate a claim for damages incurred due to causes other than the act of the insured vehicle's driver.

After thorough consideration, the court finally released the judgment on June 17th where it affirmed that the insurance company has unreasonably repudiated Ms. Joshi’s claim and directed it to compensate her the full claim amount and Rs.5,000 within 45 days from the date of receipt of the order. It further stated that, if the insurance company fails to abide by this decree, it will attract an additional interest of 9% per annum on the entire amount till the realization of payment.

Get lowest quotes for Car Insurance

Written by Meeta Sabnis
Her mantra in life is to dream, and dream until you turn them into reality. A neurotic Kajol fan, Meeta loves spending time with her gorgeous twins, ensuring a childhood they’ll be proud of. Bargain hunting, crazy dancing and romancing alphabets are some of her other cravings. She’s currently a Content Writer at Coverfox.

Found the article helpful? Share it with your friends, and help them discover Coverfox

Get Insurance and Financial money saving tips in your inbox. 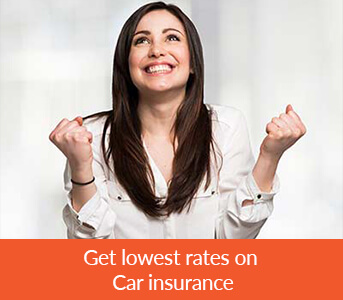 Need Smart Advice?
Schedule a call with our experts!

Insurer Cannot Deny Accident Claim When Driver Not At Fault