The Honda City prices start from Rs 9.70 lakhs and goes up to Rs 14.05 lakhs (ex-showroom Delhi). As per the latest update, Honda has announced a price hike of upto Rs. 10,000 across its model lineup w.e.f 1 February 2019. If you are the owner of this car then you must have a car insurance to follow the Motor Vehicles Act, 1988.

Note: All information regarding the car Honda City has been sourced from the official website of Honda Motor Company. 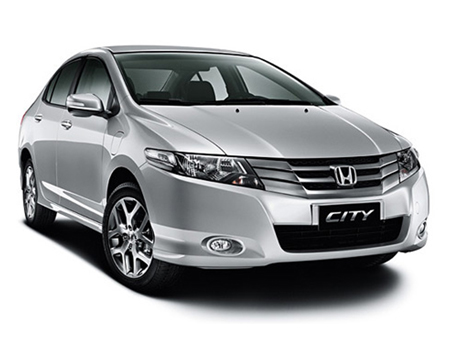 This type of insurance provides coverage for your car’s damages and losses including events caused due to man made, natural calamities, and theft.

No claim bonus is retained despite making multiple claims in one policy year.

Depreciation on parts made up of glass, plastic, rubber, nylon, etc. is is not taken into consideration at the time of claim.

This type of cover provides compensation up to Rs. 15 lakh in case the owner-driver dies, becomes disable or is injured due to an accident.

Provides coverage in case of loss or damages caused to the engine due to issues such as water ingression, oil spill, etc.

In case the insured’s car is damaged and is being repaired at a garage, then this type of cover provides travel allowance to take care of day to day expenses

A regular car insurance policy does not provide coverage for cost of consumables such as oil, nuts and bolts, lubricants, etc. But with this type of add-on such costs are covered.

With this add-on, you get coverage for car accessories such as vacuum cleaner, anti-theft device, battery charger, fire extinguisher, etc.

In case if the passengers traveling in the car get injured then this cover provides coverage for cost of hospitalization, ambulance charges, etc.

In the event of total loss, constructive loss or theft of the car, return to invoice cover provides the car owner up to the amount mentioned in the invoice.

This add on provides coverage for expenses arising from replacing the keys of the insured car.

Paid Driver Cover is quite helpful when you have an employed driver as it pays for any injuries caused to your driver in case of an accident.

Tyre Damage Cover comes in handy and provides a great deal of assistance in case of a flat tire while you are traveling.

Any warping or damages caused to rim is covered when you have purchased the Rim Damage Cover Add-on.

A Voluntary Deductible refers to a precise portion of the claim money that the policyholder agrees to pay out of his own pocket. This makes premium cheaper.

Accidents
Accidents are uncertain. In case of damages caused to car due to an accident, don’t panic as with car insurance you are covered

Theft
In case of theft of the vehicle, coverage is offered up to the insured declared value mentioned in the policy

Personal Accident
Provides coverage up to Rs. 15 lakh in case of death or disability caused to the owner-driver due to an accident.

Third Party Liability
Get protection against death, disability or injury caused to the third party due to your car

The salient features of Honda City Car are:

How to Buy / Renew Honda City Insurance Online at Coverfox?

How to Claim Honda City Insurance?

Get Lowest Rates for car Insurance