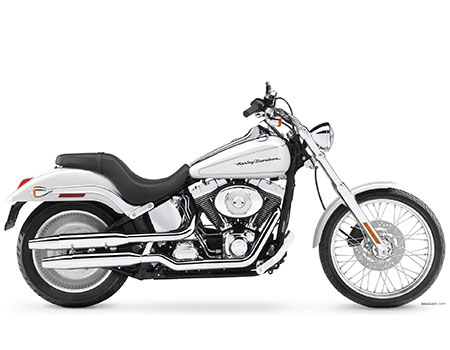 Harley Davidson is known to manufacture bikes that step out from the conventional design philosophy of other manufacturers, and thus have a road presence like no other motorcycle in the market. Under HD’s Indian lineup, the Softail series consists of three mega-sized cruisers, that appear to be inspired from the heritage of the American Motorcycling brand. The three offered bike, Fatboy, Breakout and Heritage offer its owners a taste of the cult history of the motorcycle manufacturer. The company has recently introduced a special variant of the Fatboy, called the Fatboy Special.

Despite being heavy motorcycles, the Harley Davidson Softail series does not lack in available grunt, and can tackle every power aspiring condition the rider will ever meet.

Being designed and developed as cruiser motorcycles, the Softail series has been tuned to provide optimum ride and handling characteristics during longer journeys